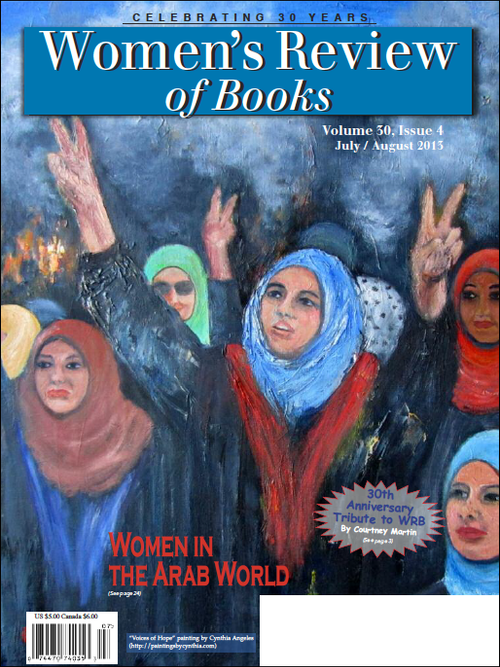 p. 3
Short-Haired Women and Long-Haired Men The Second Red Scare and the Unmaking of the New Deal Left By Landon R.Y. Storrs
Reviewed by Alice Kessler-Harris

p. 8
Poet and Marketing “Mastermind” Phillis Wheatley: Biography of a Genius in Bondage By Vincent Carretta
Reviewed by Joycelyn Moody

p. 13
Wages for Housework Sex, Race, and Class: The Perspective of Winning: A selection of Writings, 1952-2011 By Selma James
Reviewed by Kate Weigand

p. 15
Pursued By Hounds Marmee & Louisa: The Untold Story of Louisa May Alcott and Her Mother By Eva LaPlante
Reviewed by Martha Saxton

p. 24
Women’s Struggles in the Arab World Mapping Arab Women’s Movements: A Century of Transformations from Within Edited by Pernille Arenfeldt and Nawar Al-Hassan Golley
Reviewed by Marilyn Booth

p. 28
Writing and Remembering The Generation of Postmemory: Writing and Visual Culture after the Holocaust By Marianne Hirsch
Epistolophilia: Writing the Life of Ona Simaite By Julija Sukys
Reviewed by Rochelle Ruthchild

p. 30
The Chick Slicks Airbrushed Nation: The Lure and Loathing of Women’s Magazines By Jennifer Nelson
Reviewed by Andi Zeisler