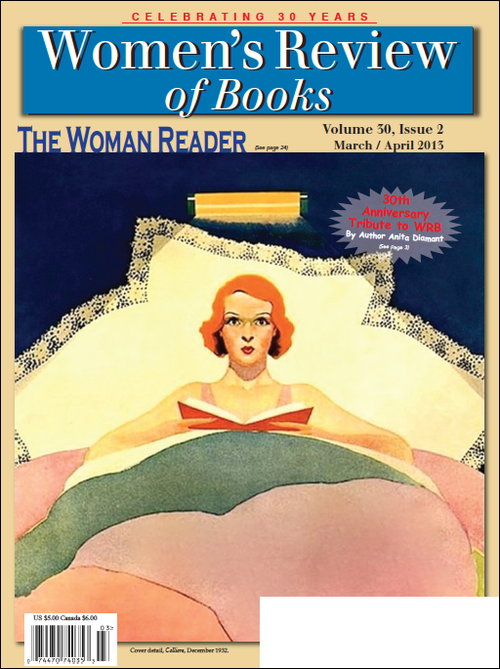 p. 5
“Is Marriage Good for Women?” From the Closet to the Altar: Courts, Backlash, and the Struggle for Same-Sex Marriage By Michael Klarman
Debating Same-Sex Marriage By John Corvino and Maggie Gallagher
Here Come the Brides!: Reflections on Lesbian Love and Marriage Edited by Audrey Bilger and Michele Kort
A Marriage Agreement and Other Essays: Four Decades of Feminist Writing By Alix Kates Shulman
Not the Marrying Kind  By Nicola Barker
Reviewed by Nicola Barker

p. 8
Who Was Anne Frank? Who is She Now? Anne Frank Unbound: Media, Imagination, Memory Edited by Barbara Kirshenblatt-Gimblett and Jeffrey Shandler
Reviewed by Marianne Hirsch

p. 10
Divided We Stand All in the Family: The Realignment of American Democracy Since the 1960s By Robert Self
Reviewed by Felicia Kornbluh

p. 18
Seeing and Not Seeing Darkroom: A Memoir in Black and White By Lila Quintero Weaver
Reviewed by Meisha Rosenberg

p. 19
A Journey That is Not Straightforward Mother & Child By Carole Maso
Reviewed by Roseanne Giannini Quinn

p. 24
The Value of Care Caring for America: Home Health Workers in the Shadow of the Welfare State By Eileen Boris and Jennifer Klein
Reviewed by Karen Kahn

p. 27
Which One Would You Be? Dreaming in French: The Paris Years of Jacqueline Bouvier Kennedy, Susan Sontag, and Angela Davis By Alice Kaplan
Anonymous in Their Own Names: Doris E. Fleischman, Ruth Hale, and Jane Grant By Susan Henry
All We Know: Three Lives By Lisa Cohen
Reviewed by Emily Toth

p. 30
Messing with Texas Let The People In: The Life and Times of Ann Richards By Jan Reid
As Texas Goes: How The Lone Star State Hijacked the American Agenda By Gail Collins
Reviewed by Judith Nies