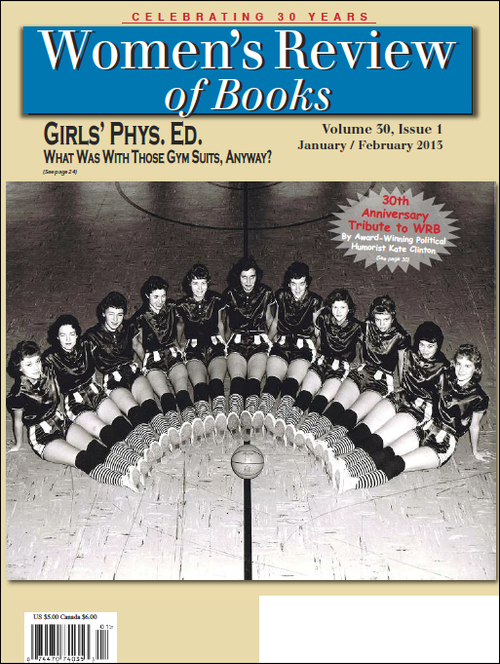 p. 2
Now We Are Thirty Editorial By Amy Hoffman, Editor in Chief

p. 5
Women Who Want to Be Women Delirium: How the Sexual Counterrevolution Is Polarizing America By Nancy L. Cohen
Reviewed by Kathryn Joyce

p. 11
Bridging Past and Present Hearing Sappho in New Orleans: The Call of Poetry from Congo Square to the Ninth Ward By Ruth Salvaggio
Reviewed by Ginny Kaczmarek

p. 13
Reintroducing Rachel Carson On a Farther Shore: The Life and Legacy of Rachel Carson By William Souder
Reviewed by Joni Seager

p. 18
Saving the Children Somebody’s Children: The Politics of Transracial and Transnational Adoption By Laura Briggs
Finding Fernanda: Two Mothers, One Child, and a Cross-Border Search for Truth By Erin Siegel
Reviewed by Martha Nichols

p. 21
The Passport to Hell Sex and the Office: A History of Gender, Power, and Desire By Julie Berebitsky
Reviewed by Priscilla Murolo

p. 27
Voices from the Margins Walking Backwards By Shirley Geok-lin Lim
Spirit Birds They Told Me By Mary Oishi
Reviewed by Maria Melendez

p. 29
All Things Marylin Marilyn: The Passion and the Paradox By Lois Banner
Reviewed by Diana Postlethwaite

p. 30
An Ode to Women’s Review of Books on the Occasion of Her 30th Anniversary By Kate Clinton