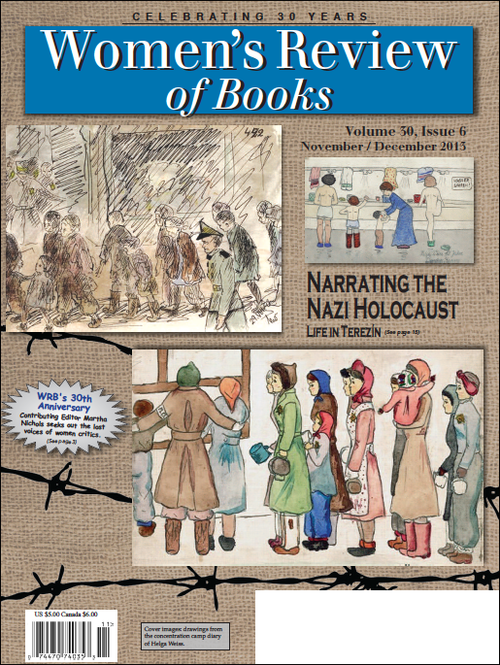 p. 5
Intensive Mothering Home Is Where the School Is: The Logic of Homeschooling and the Emotional Labor of Mothering By Jennifer Lois
Reviewed by Rachel Tabachnick

p. 7
The Call of the Almost-Wild Cooked: A Natural History of Transformation By Michael Pollan
Homeward Bound: Why Women Are Embracing the New Domesticity By Emily Matchar
Reviewed by Sarah Blustain

p. 9
A Deeper Silence Genocide Lives in Us: Women, Memory and Silence in Rwanda By Jennie E. Burnet
Reviewed by Jonneke Koomen

p. 11
The Not-So-Great Generation What Soldiers Do: Sex and the American GI in World War II France By Mary Louise Roberts
Reviewed by Jennifer G. Mathers

p. 13
Revolting Hags and Bereaved Mothers The Witch in the Western Imagination By Lyndal Roper
Reviewed by Margaret Hunt

p. 15
Other Anne Franks Helga’s Diary: A Young Girl’s Account of Life in a Concentration Camp By Helga Weiss
Rutka’s Notebook: A Voice from the Holocaust By Rutka Laskier
Reviewed by Harriet Malinowitz

p. 18
Good Reads Small and Concentrated We Are Taking Only What We Need By Stephanie Powell Watts
Bobcat and Other Stories By Rebecca Lee
Reviewed by Trish Crapo

p. 20
Cartoon the Lands of My Imagination By L. Nichols

p. 23
Interview “Only Connect”: The Creative Nonfiction of Amy Hoffman By Robin Becker

p. 25
From Mexicans to Americans From Coveralls to Zoot Suits: The Lives of Mexican American Women on the World War II Home Front By Elizabeth R. Escobedo
Reviewed by Catherine S. Ramírez

p. 27
Serving Her People – And Herself The Life and Times of Mary Musgrove By Steven C. Hahn
Reviewed by Melanie Benson Taylor

p. 30
Objects of Salvation The Child Catchers: Rescue, Trafficking, and the New Gospel of Adoption By Kathryn Joyce
Reviewed by Ellen Herman