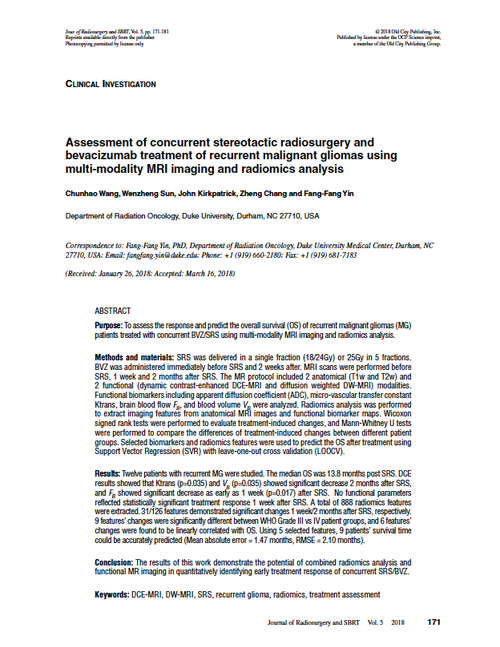 Conclusion: The results of this work demonstrate the potential of combined radiomics analysis and functional MR imaging in quantitatively identifying early treatment response of concurrent SRS/BVZ.