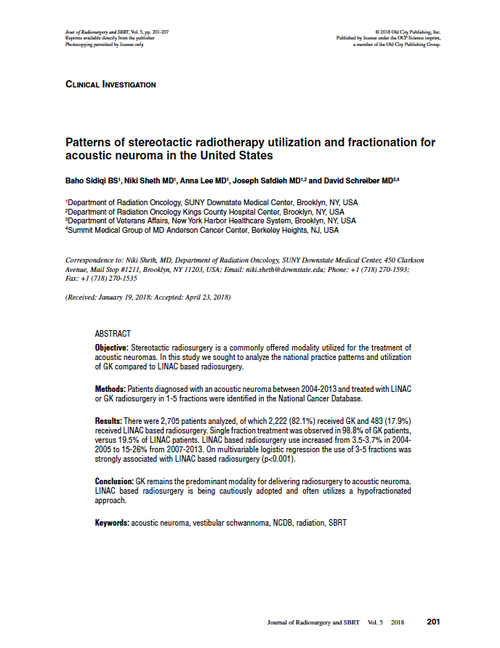 Objective: Stereotactic radiosurgery is a commonly offered modality utilized for the treatment of acoustic neuromas. In this study we sought to analyze the national practice patterns and utilization of GK compared to LINAC based radiosurgery.

Methods: Patients diagnosed with an acoustic neuroma between 2004-2013 and treated with LINAC or GK radiosurgery in 1-5 fractions were identified in the National Cancer Database.

Conclusion: GK remains the predominant modality for delivering radiosurgery to acoustic neuroma. LINAC based radiosurgery is being cautiously adopted and often utilizes a hypofractionated approach.