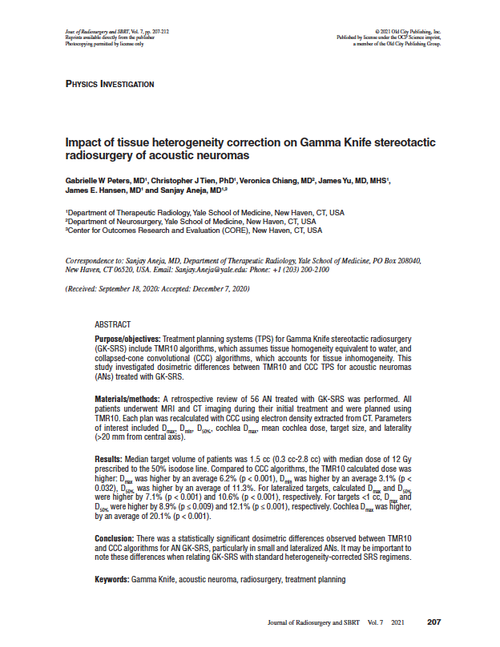 Materials/methods: A retrospective review of 56 AN treated with GK-SRS was performed. All patients underwent MRI and CT imaging during their initial treatment and were planned using TMR10. Each plan was recalculated with CCC using electron density extracted from CT. Parameters of interest included Dmax, Dmin, D50%, cochlea Dmax, mean cochlea dose, target size, and laterality (>20 mm from central axis).

Conclusion: There was a statistically significant dosimetric differences observed between TMR10 and CCC algorithms for AN GK-SRS, particularly in small and lateralized ANs. It may be important to note these differences when relating GK-SRS with standard heterogeneity-corrected SRS regimens.