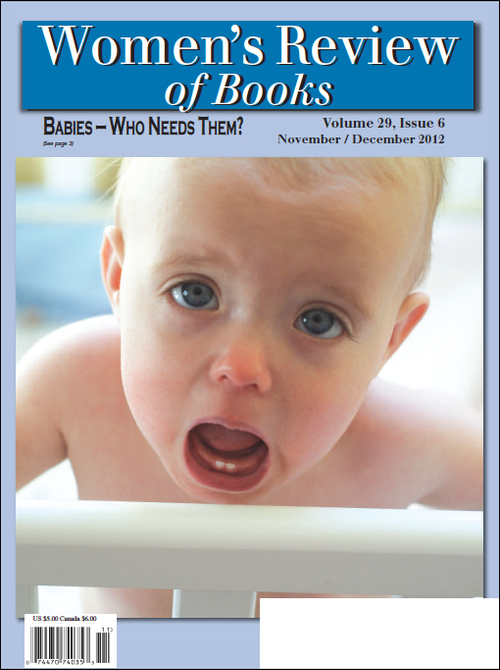 p. 3
The Pros and Cons of Reproduction Why Have Children? The Ethical Debate By Christine Overall
Reviewed by Rosemarie Tong

p. 8
Becoming a Person of Significance As Consciousness Is Harnessed to Flesh: Journals and Notebooks 1964-1980 By Susan Sontag, edited by David Rieff
Reviewed by Harriet Malinowitz

p. 14
We Don’t Need a Piece of Paper From City Hall – Or Do We? One Marriage Under God: The Campaign to Promote Marriage in America By Melanie Heath
Not Just Roommates: Cohabitation After the Sexual Revolution By Elizabeth H. Pleck
Reviewed by Ruth Sidel

p. 18
Good Reads Finding Ourselves in History
Gun Dealers’ Daughter By Gina Apostol
The Virgin Cure By Ami McKay
The Life of Objects By Susanna Moore
Reviewed by Trish Crapo

p. 30
A Time of Isms Bid Me to Live By H.D., edited by Caroline Zilboorg
Reviewed by Emily Wojcik