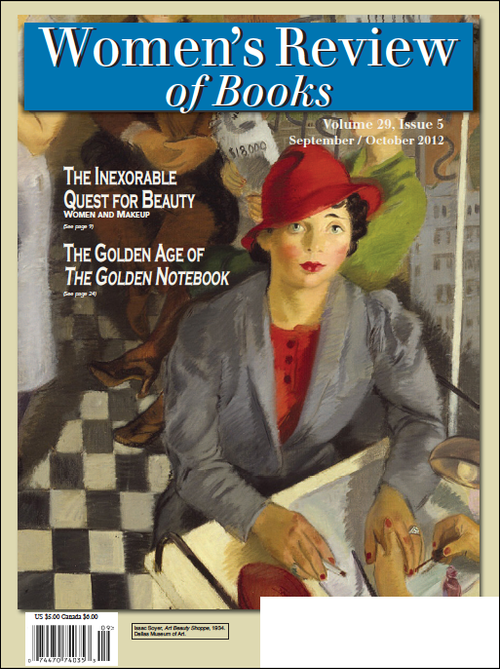 p. 5
The Origins of Plan B The Morning After: A History of Emergency Contraception in the United States By Heather Munro Prescott
Reviewed by Sarah Blustain

p. 7
The Family Secret Martha Jefferson Randolph, Daughter of Monticello, Her Life and Times By Cynthia A Kierner
Reviewed by Martha Saxton

p. 11
The Worst Place in the World Home By Toni Morrison
Reviewed by A. J. Verdelle

p. 13
The Other Shoe Drops Are You My Mother?: A Comic Drama By Alison Bechdel
Reviewed by Audrey Bilger

p. 20
Field Notes Diving into the Dream: A Poet’s Reflection on the Influence of Adrienne Rich’s Poetry
By Robin Becker

p. 23
We All Carry Someone Carry the One By Carol Anshaw
Reviewed by Jessica Jernigan

p. 28
Beyond Heroism The Women of Katrina: How Gender, Race, and Class Matter in an American Disaster Edited by Emmanuel David and Elaine Enarson
Women Confronting Natural Disaster: From Vulnerability to Resilience By Elaine Enarson
Reviewed by Elizabeth Fussell

p. 30
The Pure and the Impure The Good Muslim By Tahmima Anam
Reviewed by Mandira Sen