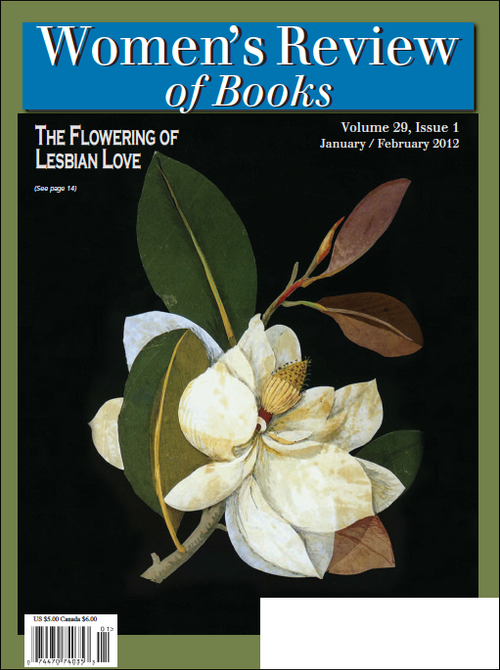 p. 6
Into the Eye of the Storm Night’s Dancer: The Life of Janet Collins, With Her Unfinished Autobiography By Yaël Tamar Lewin
Reviewed by Debra Cash

p. 9
Grief for Men, Grief from Men Surviving the Bosnian Genocide: The Women of Srebrenica Speak By Selma Leydesdorff
War Is Not Over When It’s Over: Women Speak Out from the Ruins of War By Ann Jones
Reviewed by Cynthia Cockburn

p. 11
Where They Have to Take You In Reimagining Equality: Stories of Gender, Race, and Finding Home By Anita Hill
Reviewed by Renée Loth

p. 12
Rape During Wartime and Beyond Sexual Violence in Conflict Zones: From the Ancient World to the Era of Human Rights Edited by Elizabeth D. Heineman
Reviewed by Jennifer G. Mathers

p. 14
A Useable Past Sister Arts: The Erotics of Lesbian Landscapes By Lisa L. Moore
Reviewed by Martha Vicinus

p. 18
The Things They Left Behind The Buddha in the Attic By Julie Otsuka
Reviewed by Mako Yoshikawa

p. 20
Field Notes There Are Places That I Remember The Water Books By Judith Vollmer
Reviewed by Robin Becker

p. 24
What’s Out There? Head Off & Split By Nikky Finney
Life On Mars By Tracy K. Smith
Reviewed by Colleen J. McElroy

p. 28
Breaking Rank An American Radical: Political Prisoner in My Own Country By Susan Rosenberg
Reviewed by Brackette F. Williams