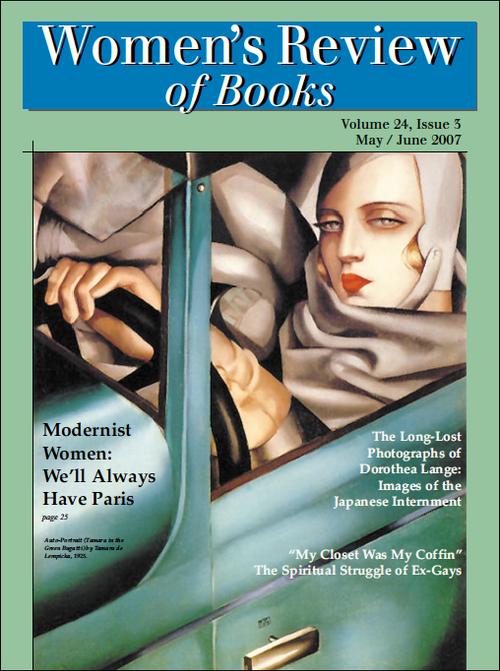 p. 6
At War With Desire Straight to Jesus: Sexual and Christian Conversions in the Ex-Gay Movement By Tanya Erzen
Reviewed by Esther Kaplan

p. 8
Consider The Alternatives Malintzin’s Choices: An Indian Woman in the Conquest of MexicoBy Camilla Townsend
Reviewed by Martha Gies

p. 10
While The World Watched Half of a Yellow Sun By Chimamanda Ngozi Adichie
Reviewed by E. Frances White

p. 15
Children Of War The Gentle Order of Girls and Boys By Dao Strom
Reviewed by Marianne Villanueva

p. 17
Knocking On The Gate On Shifting Ground: Muslim Women in the Global Era Edited by Fereshteh Nouraie-Simone
Inside the Gender Jihad: Women’s Reform in Islam By Amina Wadud
Reviewed by Amy Zalman

p. 19
Good Reads Necessary Stories
Moral Disorder and Other Stories By Margaret Atwood
The Thirteenth Tale By Diane Setterfield
The Other Side of You By Salley Vickers
By Trish Crapo

p. 22
Photography Up and Down the Generations By Joanne Lukitsh

p. 32
On My Bookshelf Reading To Re-Imagine By JoAnn Pavletich