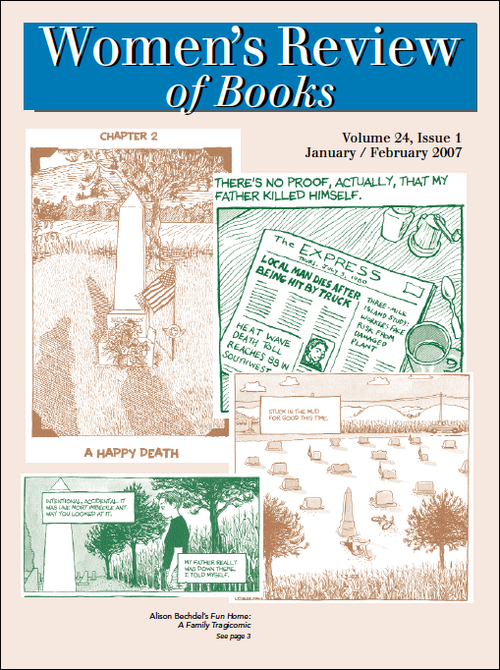 p. 4
Mourning Isn’t What it Used to Be Death’s Door: Modern Dying and the Ways We Grieve By Sandra Gilbert
Reviewed by Rebecca Steinitz

p. 7
The Workaday World Freedom is Not Enough: The Opening of the American Workplace By Nancy MacLean
Reviewed by Liza Featherstone

p. 12
Mysteries! The Solid Earth! Breaking Trail: A Climbing Life By Arlene Blum
On The Ice: An Intimate Portrait of Life at McMurdo Station, Antarctica By Gretchen Legler
Reviewed by Judith Niemi

p. 14
If It Weren’t For Her Hair Secret Daughter: A Mixed-Race Daughter and the Mother Who Gave Her Away By June Cross
Reviewed by Florence Ladd

p. 17
Good Reads What It Is To Be Human
A Million Nightingales By Susan Straight
Hydroplane By Susan Steinberg
The Secret River By Kate Grenville
The City is a Rising Tide By Rebecca Lee
Reviewed by Trish Crapo

p. 20
Deconstructing the Chicken Building Houses out of Chicken Legs: Black Women, Food, and Power By Psyche A. Williams-Forson
Reviewed by Francesca Gamber

p. 21
The Suck, Slop, and Bliss What If Your Mother By Judith Arcana
Daughter Of By Kathleen Aguero
Reviewed by Enid Shomer

p. 23
The Language Without a Name Ministry of Pain By Dubravka Ugresic
Reviewed by Meredith Tax

p. 28
Landscapes and Interiors A Map of Glass By Donna Morrissey
Reviewed by Anne Marie Todkill

p. 32
On My Bookshelf The Food Wars By Jan Zita Grover