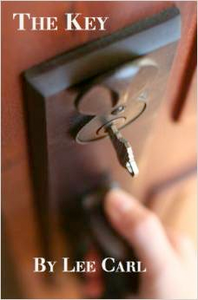 This is the story of three families who live on the same street in a small town, and of the hatred of one woman for another, a situation that leads to bullying, plotting and bobby trapping. Secretly passing among the families is a front-door key that induces suspicion, harassment, home invasion, theft and death. Amidst this turmoil, the teenage son of one of the families is seduced by his teacher, leading to the couple s flight from the Northeast to the Southwest and eventual capture. An ugly confrontation and murder at a Texas motel follows a hunt by the teacher s husband a small-town businessman who is later besieged by police in a pine forest. It s then that a deep dark secret, long held by the town s police chief and the businessman, is revealed a secret that unearths a decades-old drowning of a beautiful woman. The warm friendship of two high-school buddies runs throughout the story s tale of upheaval, which includes weapons such a marbles, rat traps and gingko fruit. It is this loving brotherhood that survives the chaos and rules the day.