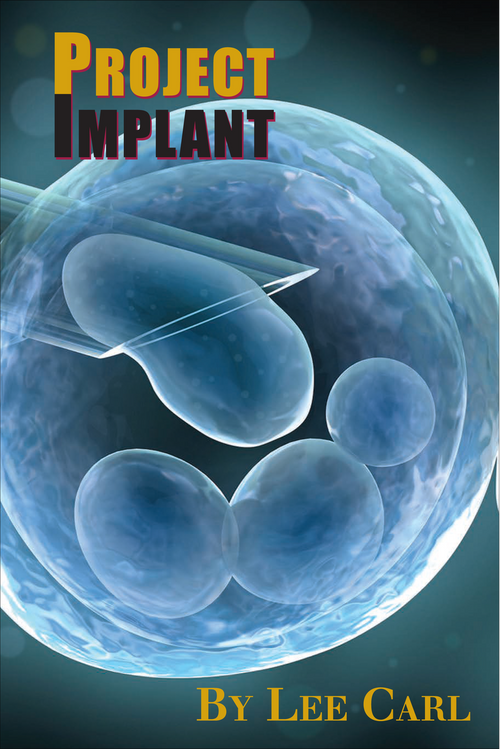 Project Implant tells the story of Edward Steiner, a man who had achieved a great deal and now

stood high above others as a renowned chemist at a respected university. As a result of his successes,

he now believed he could accomplish anything he set out to do. Egotistic? Yes, to a large degree he

was. After all, he had published the results of his scientific findings in all the appropriate journals –

prestigious ones refereed by distinguished researchers.

There was one thing, however, he was unable to achieve, and the very thought of it drove him

to desperation. He was unable to impregnate his wife. And the fault lay with him, not with her. The

frustration churned his stomach. Totally stressed out, he decided he would somehow impregnate her

no matter how, and he would do it without divulging his secret plan to her – a scrupulously religious

woman with strong beliefs that there was only one proper way to make a baby.

Edward needed a co-conspirator and laid out his plan to David Lumer, his graduate assistant,

who was totally indebted to him. Young David’s misgivings were not strong enough to erase his

obligations. More than that, his future at the university depended on the professor, his mentor and

Ever since his arrival at the university, David had been in awe of his distinguished mentor. He

found it difficult to believe that such a man would reach out to him, invite him to his home, dine with

him at the faculty club, and play one-on-one basketball with him at the gym.

David could not say no, so the conspiracy was born.