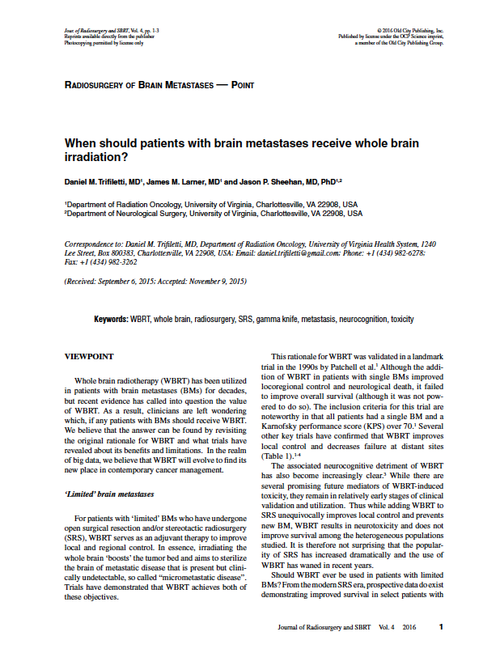 Whole brain radiotherapy (WBRT) has been utilized in patients with brain metastases (BMs) for decades, but recent evidence has called into question the value of WBRT. As a result, clinicians are left wondering which, if any patients with BMs should receive WBRT. We believe that the answer can be found by revisiting the original rationale for WBRT and what trials have revealed about its benefits and limitations. In the realm of big data, we believe that WBRT will evolve to find its new place in contemporary cancer management.