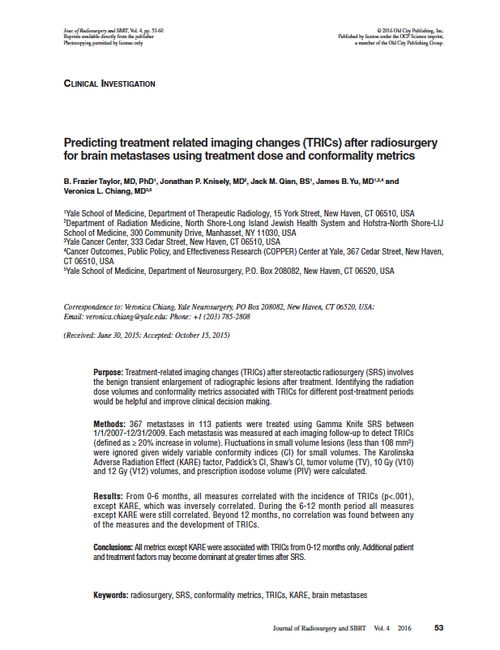 Results: From 0-6 months, all measures correlated with the incidence of TRICs (p<.001), except KARE, which was inversely correlated. During the 6-12 month period all measures except KARE were still correlated. Beyond 12 months, no correlation was found between any of the measures and the development of TRICs.

Conclusions: All metrics except KARE were associated with TRICs from 0-12 months only. Additional patient and treatment factors may become dominant at greater times after SRS.