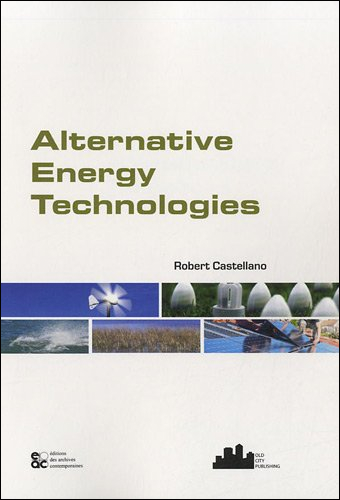 Everyday, the world produces carbon dioxide that is released into the Earth's atmosphere. This increase in carbon dioxide content is responsible for a rise in the temeprature of our planet and contributes to what is known as "Global Warming." One answer to global warmng is to replace and retrofit current technologies with alternative ones, which are of comparable or greater efficiency but do not release carbon dioxide. We call this alternative energy.

Climate change, population growth, and fossil fuel depletion imply that renewables will need to play a bigger role in the future than they do today. According to British Petroleum and Royal Dutch Shell, two of the world's largest oil companies, one-third of the world's energy will need to come from solar, wind, and other renewable resources by 2050.

This book provides a ccomprehensive overview of the main types of renewable energy. In addition, the text explains the underlying physical and technological principles of renewable energy and examines the environmental impact and future prospects of different energy sources. It includes over 350 detailed illustrations, more than fifty tables of data, and a wide range of case studies.