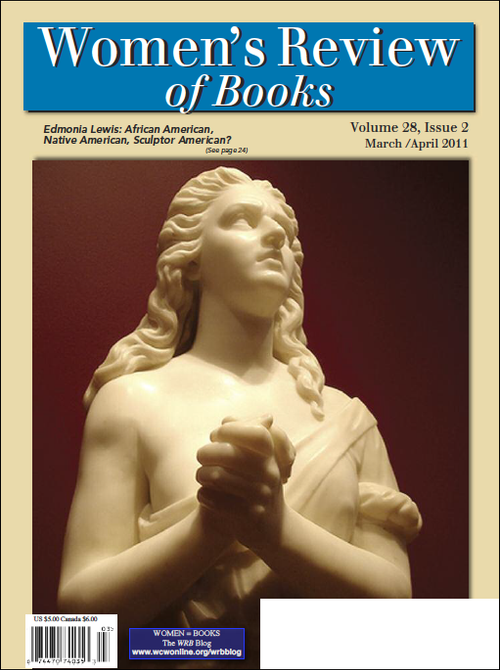 p. 3
Time Passes A Visit from the Goon Squad By Jennifer Egan
Reviewed by Jessica Jernigan

p. 5
Sexism, Racism, and Hillary Big Girls Don’t Cry: The Election That Changed Everything for American Women By Rebecca Traister
Who Should Be First?: Feminists Speak Out on the 2008 Presidential Campaign Edited by Beverly Guy-Sheftall and Johnnetta Betsch Cole
Hillary Clinton’s Race for the White House: Gender Politics and the Media on the Campaign Trail By Regina G. Lawrence and Melody Rose
Reviewed by Emily Douglas

p. 12
The Politics of Point of View The Red Thread By Ann Hood; Baby, We Were Meant for Each Other: In
Praise of Adoption By Scott Simon
Dreaming a World: Korean Birthmothers Tell Their Stories Edited by Sangsoon Hoon
A Gate at the Stairs By Lorrie Moore
Reviewed by Martha Nichols

p. 15
Trading Babies International Adoption: Global Inequalities and the Circulation of Children Edited by Diana Marre and Laura Briggs
Babies Without Borders: Adoption and Migration Across the Americas By Karen Dubinsky
Reviewed by E.J. Graff

p. 24
Nobody Knows My Name Child of the Fire: Mary Edmonia Lewis and the Problem of Art History’s Black and Indian Subject By Kirsten Pai Buick
Reviewed by Jennifer DeVere Brody

p. 28
Reverse the Curse New Blood: Third-Wave Feminism and the Politics of Menstruation By Chris Bobel
Reviewed by Rachel Fudge