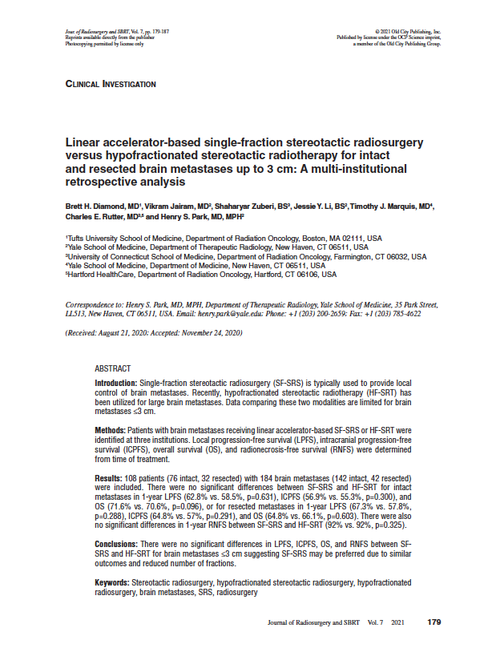 Conclusions: There were no significant differences in LPFS, ICPFS, OS, and RNFS between SF-SRS and HF-SRT for brain metastases ≤3 cm suggesting SF-SRS may be preferred due to similar outcomes and reduced number of fractions.