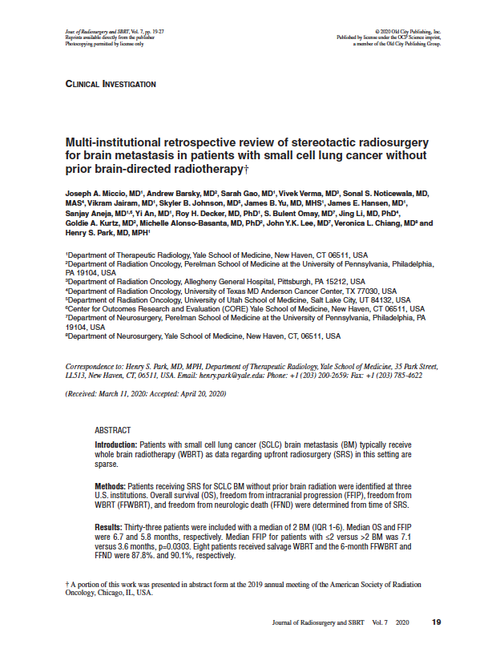 Conclusions: Most SCLC patients with BM who received upfront SRS avoided WBRT and neurologic death, suggesting that SRS may be an option in select patients.