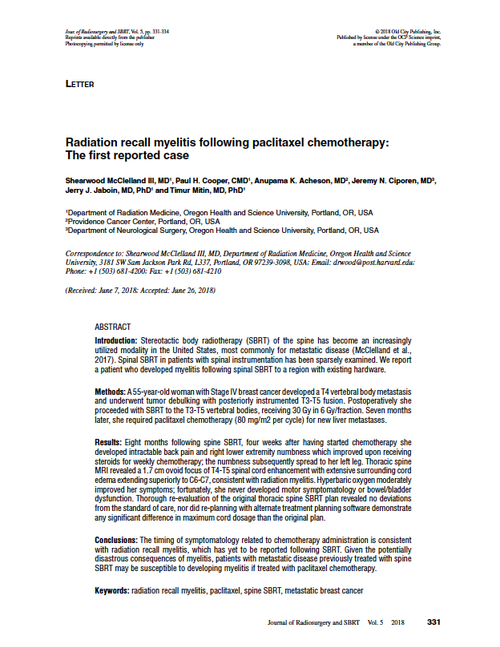 Introduction: Stereotactic body radiotherapy (SBRT) of the spine has become an increasingly utilized modality in the United States, most commonly for metastatic disease (McClelland et al., 2017). Spinal SBRT in patients with spinal instrumentation has been sparsely examined. We report a patient who developed myelitis following spinal SBRT to a region with existing hardware.

Conclusions: The timing of symptomatology related to chemotherapy administration is consistent with radiation recall myelitis, which has yet to be reported following SBRT. Given the potentially disastrous consequences of myelitis, patients with metastatic disease previously treated with spine SBRT may be susceptible to developing myelitis if treated with paclitaxel chemotherapy.