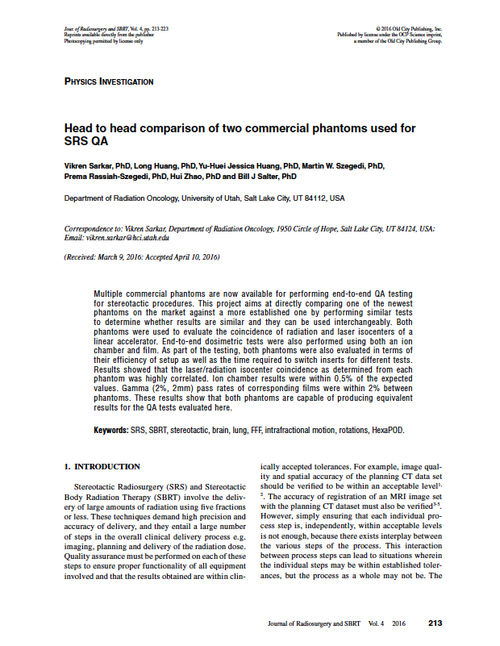 Multiple commercial phantoms are now available for performing end-to-end QA testing for stereotactic procedures. This project aims at directly comparing one of the newest phantoms on the market against a more established one by performing similar tests to determine whether results are similar and they can be used interchangeably. Both phantoms were used to evaluate the coincidence of radiation and laser isocenters of a linear accelerator. End-to-end dosimetric tests were also performed using both an ion chamber and film. As part of the testing, both phantoms were also evaluated in terms of their efficiency of setup as well as the time required to switch inserts for different tests. Results showed that the laser/radiation isocenter coincidence as determined from each phantom was highly correlated. Ion chamber results were within 0.5% of the expected values. Gamma (2%, 2mm) pass rates of corresponding films were within 2% between phantoms. These results show that both phantoms are capable of producing equivalent results for the QA tests evaluated here.