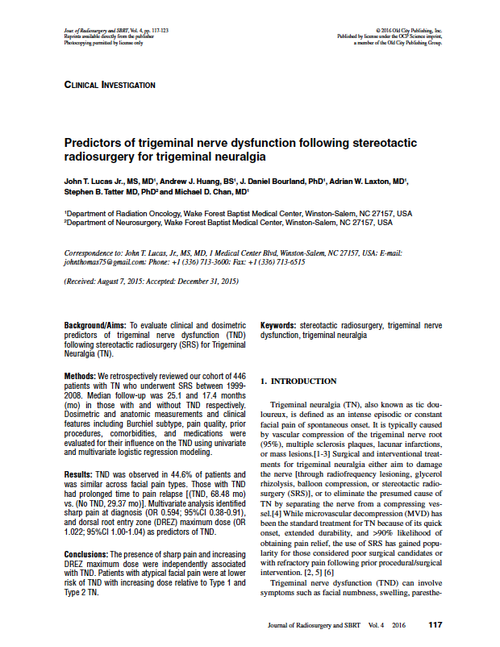 Methods: We retrospectively reviewed our cohort of 446 patients with TN who underwent SRS between 1999- 2008. Median follow-up was 25.1 and 17.4 months (mo) in those with and without TND respectively. Dosimetric and anatomic measurements and clinical features including Burchiel subtype, pain quality, prior procedures, comorbidities, and medications were evaluated for their influence on the TND using univariate and multivariate logistic regression modeling.

Conclusions: The presence of sharp pain and increasing DREZ maximum dose were independently associated with TND. Patients with atypical facial pain were at lower risk of TND with increasing dose relative to Type 1 and Type 2 TN.