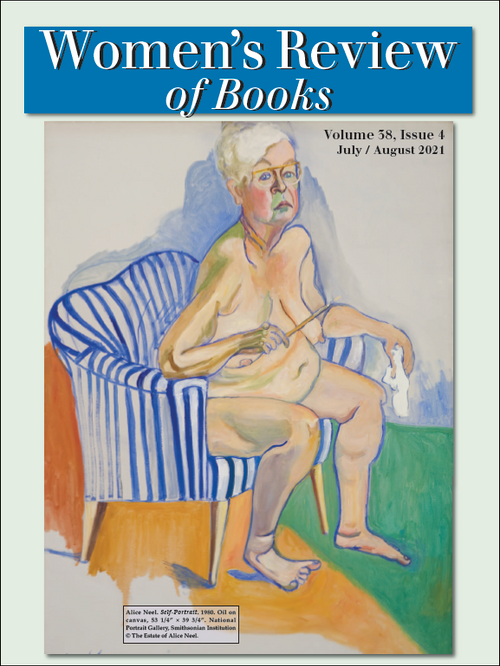 After payment has been processed for your order of a digital copy (PDF) of Women's Review of Books you will see a download link on your completed order page and also receive an email containing a download link. The links will expire after 24 hours.

p. 8
Pro Choice Objects of Desire By Clare Sestanovich; Eat the Mouth That Feeds You By Carribean Fragoza
Reviewed by Anjanette Delgado

p. 22
Yes, She Can Heart of Fire: An Immigrant Daughter’s Journey By Mazie K. Hirono
Reviewed by Hagar Scher

p. 25
Go There To Know There Undreamed Shores: The Hidden Heroines of British Anthropology By Frances Larson; Gods of the Upper Air: How a Circle of Renegade Anthropologists Reinvented Race, Sex, and Gender in the Twentieth Century By Charles King
Reviewed by Lisa Mullenneaux

p. 29
Postmortem On Violence and On Violence Against Women By Jacqueline Rose
Reviewed by Catharine R. Stimpson

p. 31
Drawn Together Seek You: A Journey Through American Loneliness By Kristen Radtke
Reviewed by Kathleen Rooney