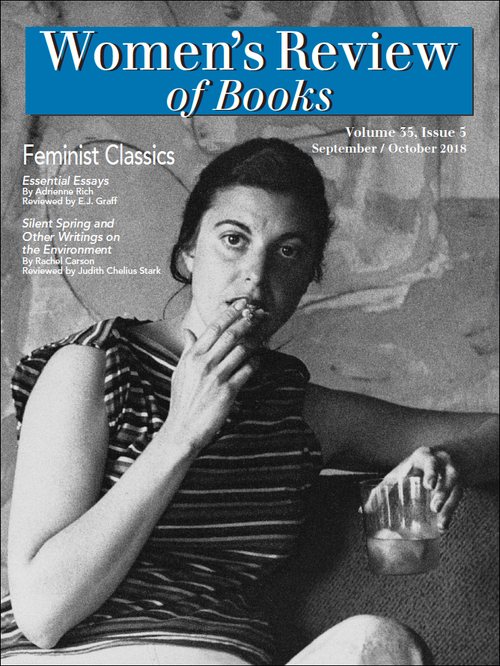 p. 4
Isn’t It Rich? Essential Essays: Culture, Politics, and the Art of Poetry By Adrienne Rich; edited and with an introduction by Sandra Gilbert
Reviewed by E.J. Graff

p. 6
Where Is My Mind? Severance By Ling Ma
Reviewed by Jessica Baumgardner

p. 14
Off The Hook Consent on Campus: A Manifesto By Donna Freitas
Reviewed by Jordan Allyn

p. 22
Feature “I Couldn’t Do What I Do Without This Book”

p. 25
The Year Of The Woman, Again International Women’s Year: The Greatest Consciousness-Raising Event in History By Jocelyn Olcott
Reviewed by Ellen Chesler

p. 28
Identity And Action Unapologetic: A Black, Queer, and Feminist Mandate for Radical Movements By Charlene A. Carruthers
Reviewed by Susana Morris

p. 31
Listen Up The Linguistics Of Texting An essay by Noelle McManus