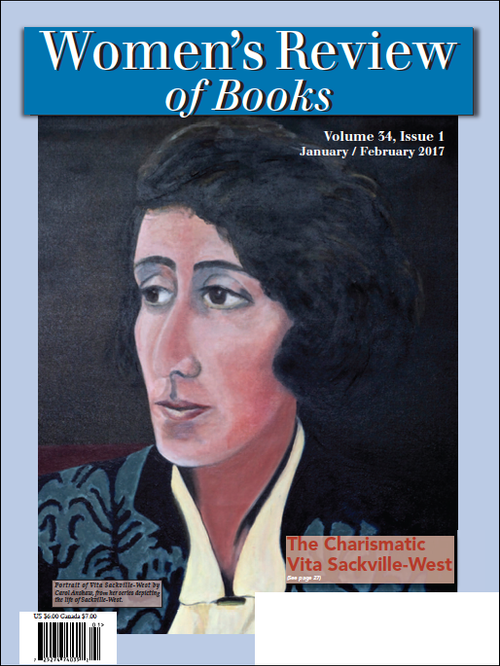 p. 3
The House of Difference Audre Lorde’s Transnational Legacies Edited By Stella Bolaki and Sabine Broeck
The Wind Is Spirit: The Life, Love and Legacy of Audre Lorde By Gloria I. Joseph
Reviewed by Jan Clausen

p. 6
What Are You Wearing? Threadbare: Clothes, Sex, and Trafficking By Anne Elizabeth Moore and the Ladydrawers
Reviewed by Wendy Gamber

p. 11
Stories Matter
Homegoing By Yaa Gyasi
Under the Udala Trees By Chinelo Okparanta; The Book of Memory By Petina Gappah
Reviewed by Heather Hewett

p. 13
Bringing the President to the People and the People to the President A Feminist in the White House: Midge Costanza, the Carter Years, and America’s Culture Wars By Doreen Mattingly
Reviewed by Ruth Rosen

p. 18
Putting a Ring on it Wedlocked: The Perils of Marriage Equality: How African Americans and Gays Mistakenly Thought the Right to Marry Would Set Them Free By Katherine Franke
Reviewed by Amber Moulton

p. 22
The Heisenberg of Feminism The Feminism of Uncertainty: A Gender Diary
Reviewed by Paula Rabinowitz

p. 27
House Love and Human Love A House Full of Daughters: A Memoir of Seven Generations By Juliet Nicolson
Reviewed by Roberta Rubenstein

p. 31
This Place Needs a New Language The Bones of Grace By Tahmima Anam
Reviewed by Mandira Sen