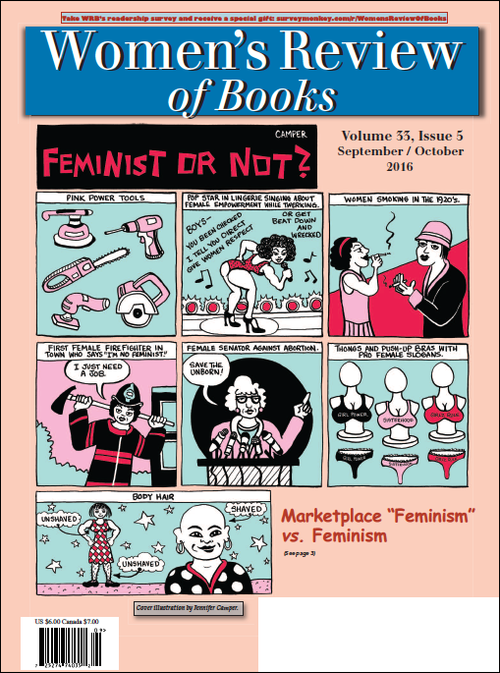 p. 3
Unfun Feminism We Were Feminists Once: From Riot Grrrl to Covergirl®, the Buying and Selling of a Political Movement By Andi Zeisler
Reviewed by Paula Kamen, Illustrations by Jennifer Camper

p. 23
Aging in the Twenty-First Century They May Not Mean To, But They Do By Cathleen Schine
Reviewed by Valerie Miner

p. 24
The Hubbub of Life The Japanese Lover By Isabel Allende, translated by Nick Caistor and Amanda Hopkinson
Reviewed by Eileen Mary O’Connor

p. 26
Putin Does Not Believe in Queers Lesbian Lives in Soviet and Post-Soviet Russia By Francesca Stella
Reviewed by Rochelle Goldberg Ruthchild

p. 30
Wait All The Single Ladies: Unmarried Women and the Rise of an Independent Nation By Rebecca Traister
Reviewed by E. Kay Trimberger