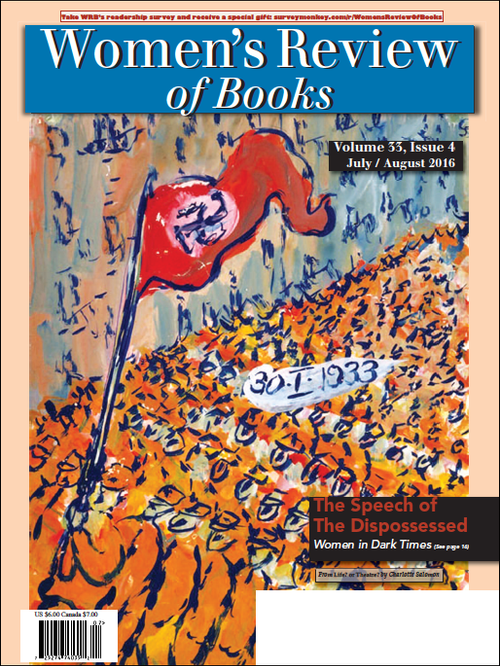 From Scandal to Recovery Lady Byron and Her Daughters By Julia Markus
Reviewed by Pamela S. Bromberg

Hair Dressing for the Culture Wars: Style and the Politics of Self-Presentation in the 1960s and 1970s By Betty Luther Hillman
Reviewed by Kimberly Chrisman-Campbell

An Avant-Garde Life Edgewise: A Picture of Cookie Mueller By Chloé Griffin
Reviewed by An Paenhuysen

The Cult of Forbidden Thoughts The Big Green Tent By Ludmila Ulitskaya, translated by Polly Gannon Reviewed by Beth Holmgren

A Rediscovered Poet for our Time Anything that Burns You: A Portrait of Lola Ridge, Radical Poet By Terese Svoboda
Reviewed by Margaret Randall

Constructing Identity up Against a Wall Bitter Almonds By Lilas Taha
The Blue Between Sky and Water By Susan Abulhawa
A Curious Land By Susan Darraj
Ali and His Russian Mother By Alexandra Chreiteh, translated by Michelle Hartman
Reviewed by M. Lynx Qualey

Just the Facts Galileo’s Middle Finger: Heretics, Activists, and the Search for Justice in Science By Alice Dreger
Reviewed by E.J. Graff