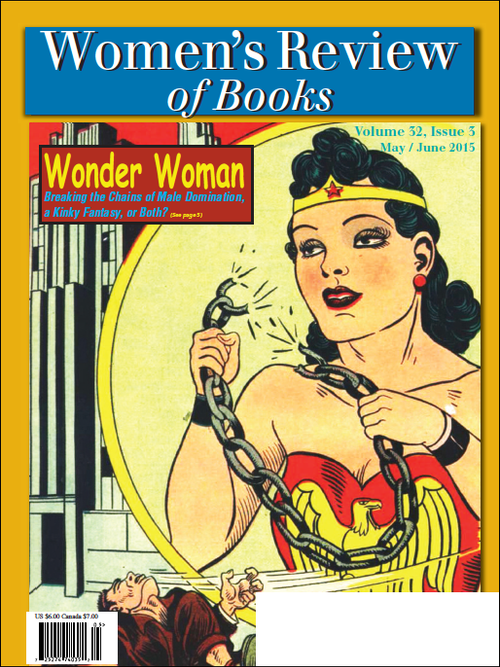 p. 3
Making a Spectacle of Herself Topless Cellist: The Improbable Life of Charlotte Moorman By Joan Rothfuss
Reviewed by Debra Cash

p. 5
The Strongest and Wisest Amazon The Secret History of Wonder Woman By Jill Lepore
Wonder Woman: Bondage and Feminism in the Marston/Peter Comics, 1941-1948 By Noah Berlatsky
Reviewed by Joan Hilty

p. 21
Labor in Both Senses of the Word Wombs in Labor: Transnational Commercial Surrogacy in India By Amrita Pande
The Last Days of California By Mary Miller
Reviewed by Rajani Bhatia

p. 23
All in Her Head Not Tonight: Migraine and the Politics of Gender and Health By Joanna Kempner
Reviewed by Paula Kamen

p. 31
Things Underneath How to Be Both By Ali Smith
Reviewed by Rebecca Meacham