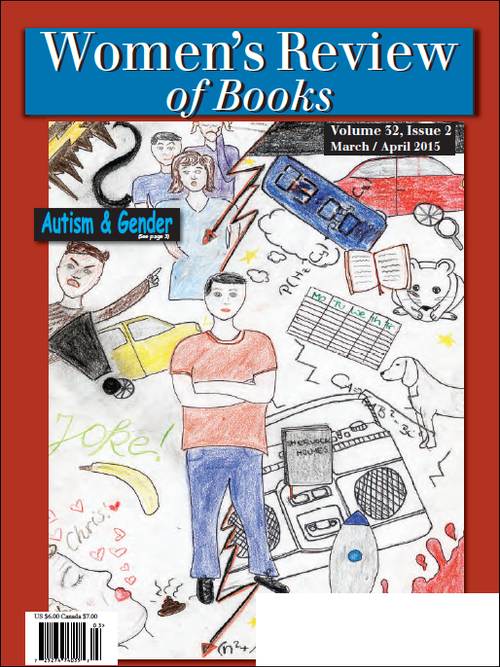 p. 3
Trapped in the Self Autism and Gender: From Refrigerator Mothers to Computer Geeks By Jordynn Jack
Reviewed by Ellen Herman

p. 5
Cross with the Church Good Catholics: The Battle over Abortion in the Catholic Church By Patricia Miller
Reviewed by Mary E. Hunt

p. 10
Hard Work and Overalls Out in the Union: A Labor History of Queer America By Miriam Frank; Steel Closets: Voices of Gay, Lesbian, and Transgender Steelworkers By Anne Balay
Reviewed by Bettina Aptheker

p. 13
Sexual Revolutionaries The Birth of the Pill: How Four Crusaders Reinvented Sex and Launched a Revolution By Jonathan Eig
Reviewed by Wendy Kline

p. 22
Families in Motion, Fueled by Faith More Than Conquerors: A Memoir of Lost Arguments By Megan Hustad
The Last Days of California By Mary Miller
Reviewed by Joy Castro

p. 25
I Want My Face to be Very Mad Spectacular Girls: Media Fascination and Celebrity Culture By Sarah Projansky
Reviewed by Elline Lipkin

p. 27
A Tragic Mess The Price of Silence: The Duke Lacrosse Scandal, The Power Elite, and the Corruption of Our Great Universities By William D. Cohan
Reviewed by Laura Pappano

p. 29
I Am Because We Are Transformation Now! Toward a Post-Oppositional Politics of Change By AnaLouise Keating
Reviewed by Xiumei Pu