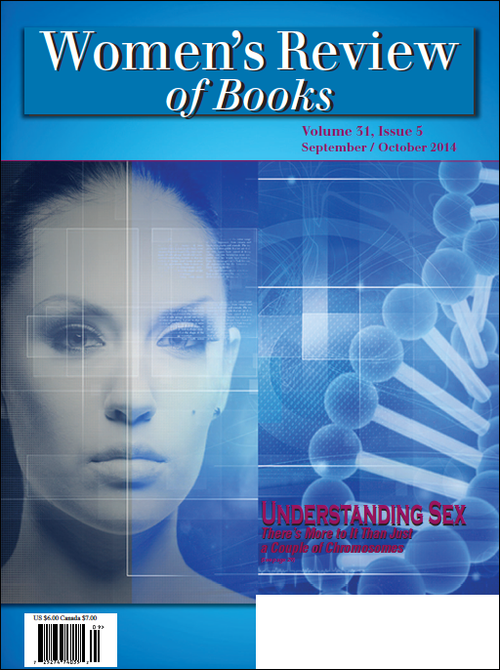 p. 3
How the Battle of Memory Was Won The Myth of Seneca Falls: Memory and the Women’s Suffrage Movement, 1848-1898 By Lisa Tetrault
Reviewed by Bonnie J. Dow

p. 5
Waitressing in the Sky The Jet Sex: Airline Stewardesses and the Making of an American Icon By Victoria Vantoch
Reviewed by Priscilla Murolo

p. 12
The Noble Terrorist The Defiant Life of Vera Figner: Surviving the Russian Revolution By Lynne Ann Hartnett
Reviewed by Lisa A. Kirschenbaum

p. 14
The Daughters’ Stories My Mother’s Funeral By Adriana Paramo
My Mother’s Wars By Lillian Faderman
Nothing Holds Back the Night By Delphine de Vigan
You Animal Machine (The Golden Greek) By Eleni Sikelianos
Reviewed by Carol Sternhell

p. 18
Communities of Artistic Women In Her Words: Conversations with Composers in the United States By Jennifer Kelly
Five Lives in Music: Women Performers, Composers, and Impresarios from the Baroque to the Present By Cecelia Hopkins Porter
Reviewed by Kate Doyle

p. 23
“What do we see? What do we not see?” So How’s the Family? and Other Essays By Arlie Russell Hochschild
Reviewed by E.J. Graff

p. 29
The Dynamic Dyad Sex Itself: The Search for Male and Female in the Human Genome By Sarah S. Richardson
Reviewed by Monica J. Casper