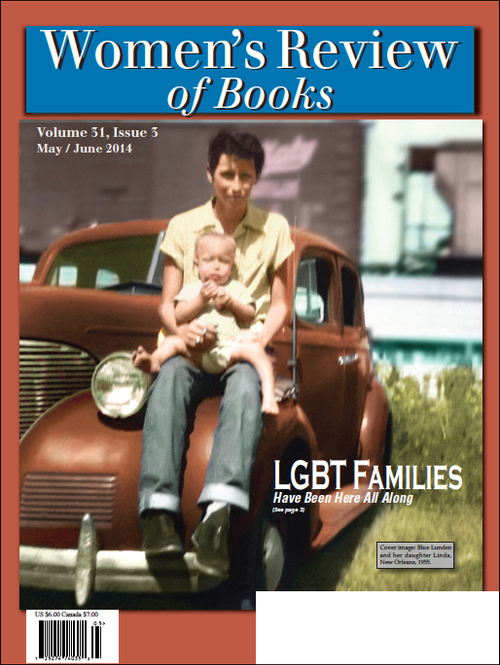 p. 3
Changing the Definition of Family Radical Relations: Lesbian Mothers, Gay Fathers, and Their Children in the United States Since the Second World War By Daniel Winunwe Rivers
Reviewed by Dana Rudolph

p. 5
The Complexity of Life in Iran Kissing the Sword: A Prison Memoir By Shahrnush Parsipur
The Book of Fate By Parinoush
The Pomegranate Lady and Her Sons By Goli Taraghi
Reviewed by Amy Montlagh

p. 8
“A Prostitution of Her Sex” Rebels at the Bar: The Fascinating, Forgotten Stories of America’s First Women Lawyers By Jill Norgren
Gender and Justice: Why Women in the Judiciary Really Matter By Sally J. Kenney
Reviewed by Sandra F. VanBurkleo

p. 14
On the Way, But Not There Yet Intimate Activism: The Struggle for Sexual Rights in Postrevolutionary Nicaragua By Cymene Howe
Reviewed by Florence Babb

p. 25
Families and “Alienists” Inconvenient People: Lunacy, Liberty and the Mad-Doctors in England By Sarah Wise
Reviewed by Gayle Davis

p. 27
From Stalin’s Elite to the Gulag Agnessa: From Paradise to Purgatory: A Voice From Stalin’s Russia By Agnessa Ivanovna Mironova-Koroli
Reviewed by Rochelle Goldberg Ruthchild

p. 29
Autobiografiction The Art of Joy By Goliarda Sapienza
Reviewed by Rosalind Delmar