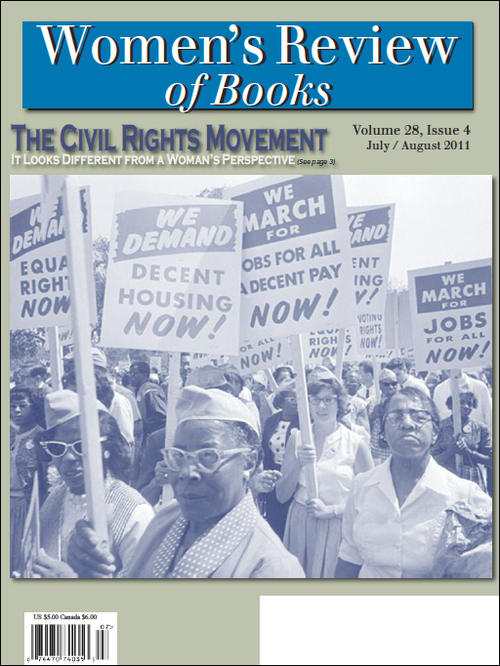 p. 10
Adult Education A Strange Stirring: The Feminine Mystique and American Women at the Dawn of the 1960s By Stephanie Coontz
Reading Women: How the Great Books of Feminism Changed My Life By Stephanie Staal
Reviewed by Lori E. Rotskoff

p. 15
Good Reads The Half-Life of Violence
Trespass By Rose Tremain
True Things About Me By Deborah Kay Davies
Once Upon A River By Bonnie Jo Campbell
Displaced Persons By Ghita Schwarz
Reviewed by Trish Crapo

p. 19
Get Out Your Speculums Bodies of Knowledge: Sexuality, Reproduction, and Women’s Health in the Second Wave By Wendy Kline
Reviewed by Amy Kesselman

p. 23
No Blank Slates Brainstorm: The Flaws in the Science of Sex Differences By Rebecca M. Jordan-Young
Delusions of Gender: How Our Minds, Society, and Neurosexism Create Difference By Cordelia Fine
Reviewed by Rosalind Barnett and Caryl Rivers

p. 27
“We Couldn’t Do What You Do Here” The Good Daughter: A Memoir of My Mother’s Hidden Life By Jasmin Darznik
Reviewed by Persis Karim