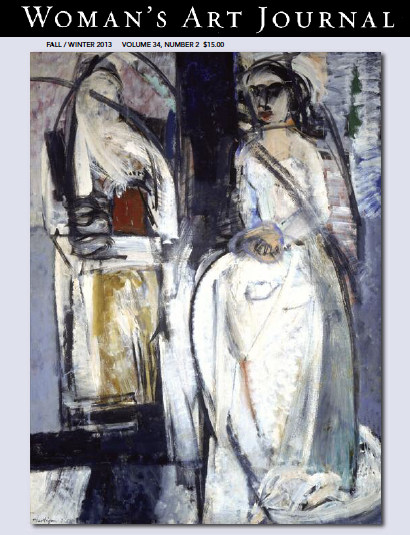 21 In and Out of Shape: The Art of Reva Urban
By Gerald Silk

51 Pairing of Polarities: The Life and Art of Sonya Rapoport Edited by Terri Cohn
Reviewed by Joyce Beckenstein

60 Women Readers in French Painting 1870–1890: A Space for the Imagination By Kathryn Brown
Reviewed by Heather McPherson

62 Women and the Visual Arts in Italy c. 1400–1650: Luxury and Leisure, Duty and Devotion, A Sourcebook By Paola Tinagli and Mary Rogers
Reviewed by Laura Rinaldi Dufresne

67 Gertrude Käsebier: The Complexity of Light and Shade Edited by Stephen Peterson and Janis A. Tomlinson
Reviewed by Shana Lopes

68 Whatever Is Contained Must Be Released: My Jewish Orthodox Girlhood, My Life as a Feminist By Helène Aylon
Reviewed by Stacy E. Shultz