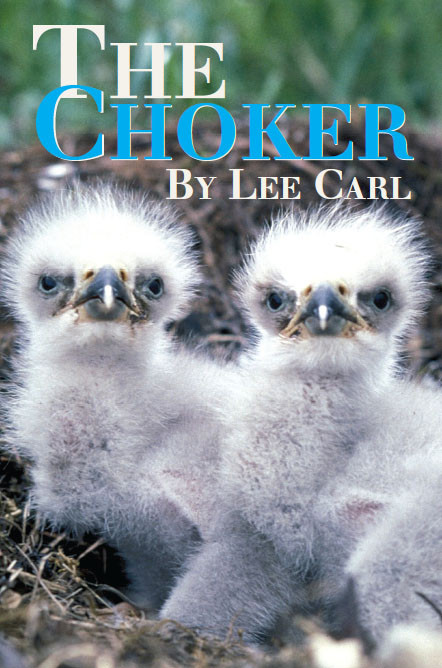 An arrogant, abusive U.S. Senator. An unfaithful wife. A neglected teen-aged boy. A bird-loving extrovert. They are all linked by a multi-million dollar choker nestled precariously in an eagle’s nest that appeared on a live-feed podcast.

Propelled forward by a series of twists and turns, Charley and Claudia Silvester are tossed into an unlikely race against time to protect a pair of eaglets who might be sharing their nest with a very rare necklace that they’ve seen before. The Silvesters are joined in their journey by old friends, the “birdman” and his animal-loving wife, and new friends: a male secretary, a chauffeur and a frustrated teenager.

Author Bio
Lee Carl, former chairman of the Journalism Department at Temple University, is winner of the Norumbega Fiction Award for his novel, The Floor of T.P.'s Office and the Pinacle Book Achievement Award for his novel, The Key. Former scholarship director at Temple, Carl taught journalism at that University for 25 years. Before joining the Temple faculty, he taught at Cornell University where he also directed the Press Service and received the Pioneer Ace Award as the number-one communicator among writers at land-grant universities in the Northeastern United States. He earned his Ph.D. degree at Syracuse University, his master's degree at the University of Houston, and his bachelor's degree at Temple. A recipient of Temple's Great Teacher Award, he also received the Lindback Foundation Award for distinguished teaching, the Stauffer Award for distinguished service, and the Dixon Award for inspiration. Carl's professional experience includes 15 years of newspaper reporting, editing and PR work. The Choker is Lee Carl’s eleventh novel.