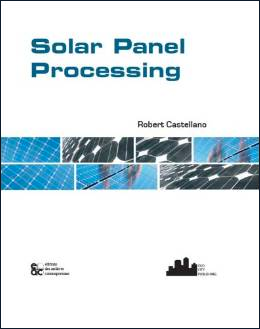 Increasing focus on the demand for energy led to conduct this study, which determines the
current status of thin films used in various kinds of energy. Our goal was to assess the value of
thin films used in the fabrication of six energy technologies for 2007, project 2008 demand, and
then forecast thin film demand growth to 2013. This study focuses on the merits of thin films
and main key objective was to present a comprehensive analysis of the current market for thin
films and its future direction.

Global demand for traditional fossil fuels has risen at an unprecedented rate over the last several
years. The economics of supply and demand have driven prices of oil, gas, and coal to record
levels. In addition, fossil fuels are considered a source of pollution that aids climate change.
Nations have responded by instituting reductions in activities that require the use of fossil fuels
and by searching for alternative energy methods.

This handbook examines traditional crystalline and thin film photovoltaic fabrication and operation.
Thin films are often applied to reduce the cost of product fabrication, improve performance, and
provide more flexibility in product design. In addition, they are environmentally benign.

The Solar Panel Processing Handbook study of thin films in energy presents current and
emerging technologies for various types of solar cells, details the industry structure of each
segment, discusses the competitive environment of each type of energy, and reviews current and
future applications for thin films. The book will be of interest to those who make solar cells,
semiconductors and their manufacturing equipment, thin films, materials, chemicals and gases.