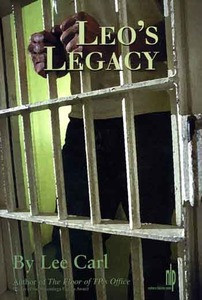 The cards seem to be stacked against high school teacher Jake Nelson, a devoted family man.

But, a wildcard enters the picture that may help Jake beat the odds against him.

Even with an ace up his sleeve, Jake is convicted of sexual assault and sentenced to jail, but not before h meets a mysterious priest who holds the key to untold riches.

After Jake's release from prison, his pain is not eased. When community notification under Megan's Law makes not only Jake, but also his wife and son the target of neighborhood anger, Jake must flee.

With his life in shambles, Jake opens an envelope that leads him to a family's hidden drug money and opens the door to Jake's opportunity to exact revenge on all those who wronged him.

In a modern-day twist on the classic Count of Monte Cristo, Jake assumes a new identity and begins plotting his retribution. He relies on his trusted friends - a fired newspaper reporter and a struggling actor - to put into play his brilliant final act.

Jake pursues a series of vengeful acts to exact his own brand of justice. With all the cards in place, Jake stages a dramatic closing act that he hopes will restore his tarnished reputation and return him to his family without shame.

Will Jake's elaborate house of cards hold up or crush him?

Lee Carl's sixth novel - Leo's Legacy - is a page-turning delight that will keep you guessing right up to the last page.

Lee Carl, former chairman of the Journalism Department at Temple University, is winner of the 2005 Norumbega Fiction Award for his novel, The Floor of T.P.'s Office. Former scholarship director at Temple, Carl taught journalism at that university for 25 years. Before joining the Temple faculty, he taught at Cornell University where he also directed the Press Service and received the Pioneer Ace Award as the number-one-communicator among writers at land-grant universities in the Northeastern United States. He earned his Ph.D at Syracuse University, his master's degree at the University of Houston, and his bachelor's degree at Temple. A recipient of Temple's Great Teacher Award, he also received the Lindback Foundation Award for distinguished service, and the Dixon Award for inspiration. Carl's professional experience includes 15 years of newspaper reporting, editing and PR work.