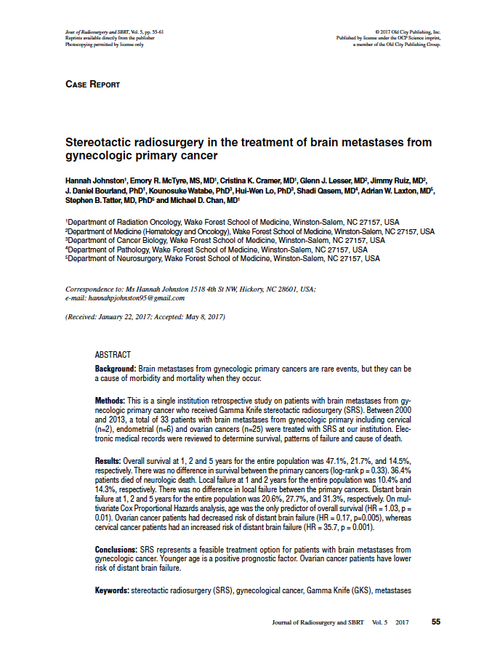 Background: Brain metastases from gynecologic primary cancers are rare events, but they can be a cause of morbidity and mortality when they occur.

Methods: This is a single institution retrospective study on patients with brain metastases from gynecologic primary cancer who received Gamma Knife stereotactic radiosurgery (SRS). Between 2000 and 2013, a total of 33 patients with brain metastases from gynecologic primary including cervical (n=2), endometrial (n=6) and ovarian cancers (n=25) were treated with SRS at our institution. Electronic medical records were reviewed to determine survival, patterns of failure and cause of death.