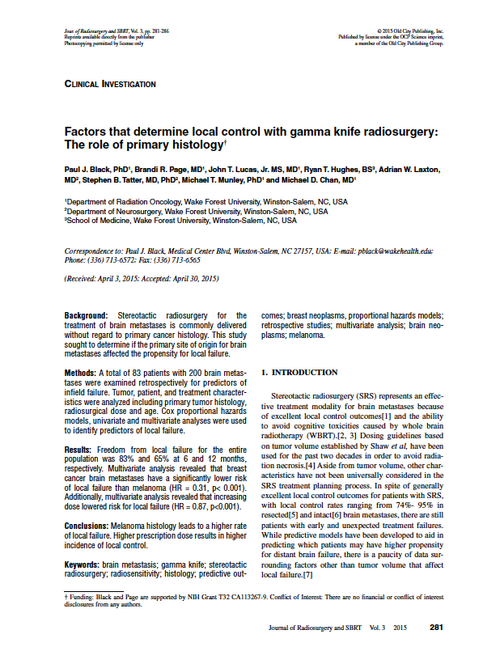 Background: Stereotactic radiosurgery for the treatment of brain metastases is commonly delivered without regard to primary cancer histology. This study sought to determine if the primary site of origin for brain metastases affected the propensity for local failure.