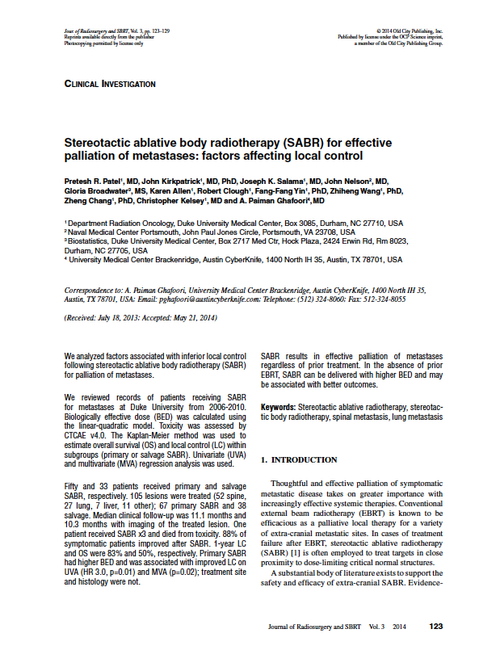 Fifty and 33 patients received primary and salvage SABR, respectively. 105 lesions were treated (52 spine, 27 lung, 7 liver, 11 other); 67 primary SABR and 38 salvage. Median clinical follow-up was 11.1 months and 10.3 months with imaging of the treated lesion. One patient received SABR x3 and died from toxicity. 88% of symptomatic patients improved after SABR. 1-year LC and OS were 83% and 50%, respectively. Primary SABR had higher BED and was associated with improved LC on UVA (HR 3.0, p=0.01) and MVA (p=0.02); treatment site and histology were not.

SABR results in effective palliation of metastases regardless of prior treatment. In the absence of prior EBRT, SABR can be delivered with higher BED and may be associated with better outcomes.