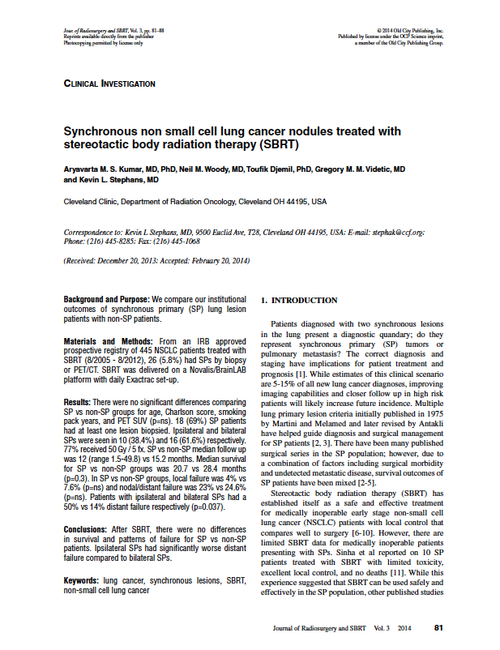 Materials and Methods: From an IRB approved prospective registry of 445 NSCLC patients treated with SBRT (8/2005 - 8/2012), 26 (5.8%) had SPs by biopsy or PET/CT. SBRT was delivered on a Novalis/BrainLAB platform with daily Exactrac set-up.

Conclusions: After SBRT, there were no differences in survival and patterns of failure for SP vs non-SP patients. Ipsilateral SPs had significantly worse distant failure compared to bilateral SPs.