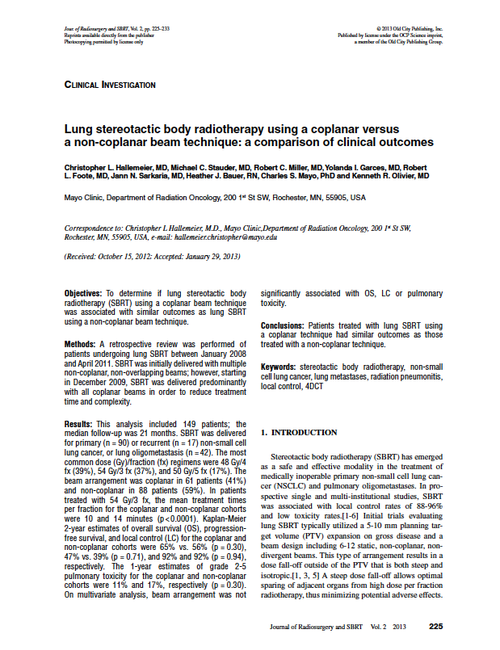 Methods: A retrospective review was performed of patients undergoing lung SBRT between January 2008 and April 2011. SBRT was initially delivered with multiple non-coplanar, non-overlapping beams; however, starting in December 2009, SBRT was delivered predominantly with all coplanar beams in order to reduce treatment time and complexity.