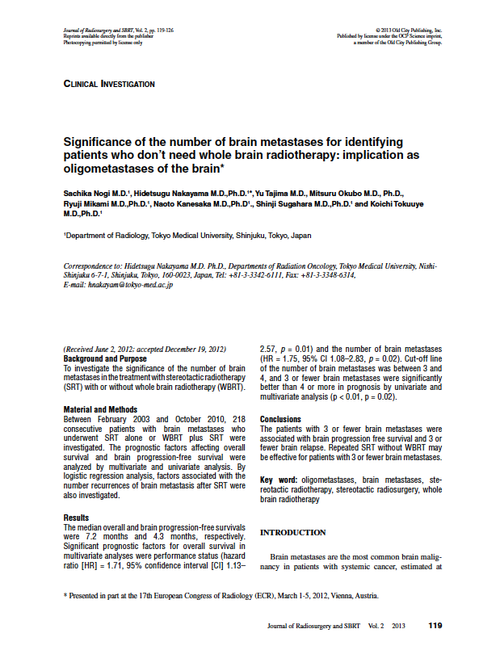 Background and Purpose: To investigate the significance of the number of brain metastases in the treatment with stereotactic radiotherapy (SRT) with or without whole brain radiotherapy (WBRT).

Material and Methods: Between February 2003 and October 2010, 218 consecutive patients with brain metastases who underwent SRT alone or WBRT plus SRT were investigated. The prognostic factors affecting overall survival and brain progression-free survival were analyzed by multivariate and univariate analysis. By logistic regression analysis, factors associated with the number recurrences of brain metastasis after SRT were also investigated.