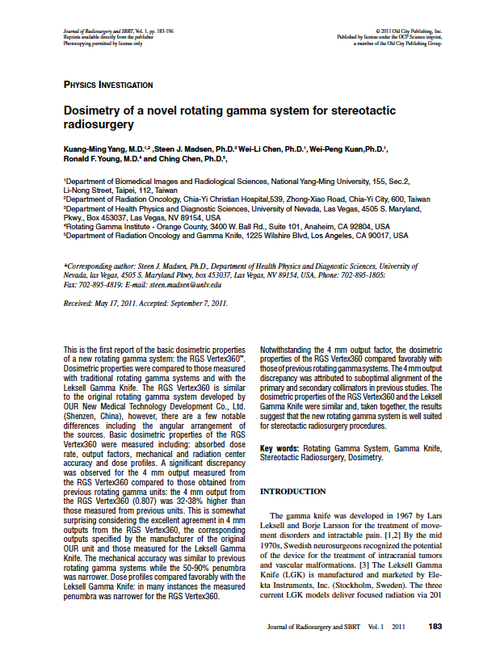 Notwithstanding the 4 mm output factor, the dosimetric properties of the RGS Vertex360 compared favorably with those of previous rotating gamma systems. The 4 mm output discrepancy was attributed to suboptimal alignment of the primary and secondary collimators in previous studies. The dosimetric properties of the RGS Vertex360 and the Leksell Gamma Knife were similar and, taken together, the results suggest that the new rotating gamma system is well suited for stereotactic radiosurgery procedures..