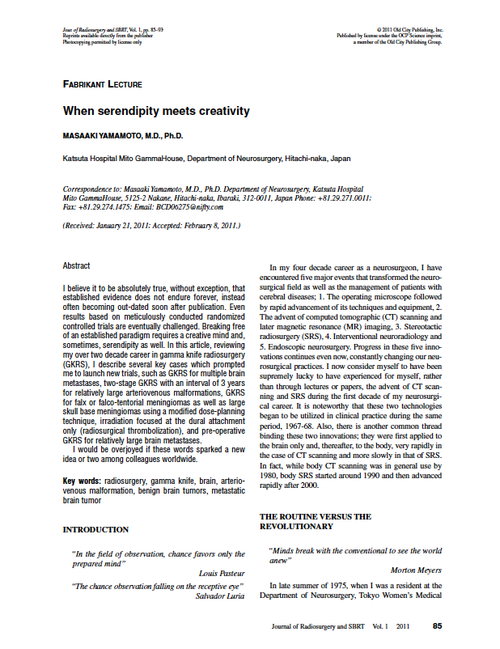 I believe it to be absolutely true, without exception, that established evidence does not endure forever, instead often becoming out-dated soon after publication. Even results based on meticulously conducted randomized controlled trials are eventually challenged. Breaking free of an established paradigm requires a creative mind and, sometimes, serendipity as well. In this article, reviewing my over two decade career in gamma knife radiosurgery (GKRS), I describe several key cases which prompted me to launch new trials, such as GKRS for multiple brain metastases, two-stage GKRS with an interval of 3 years for relatively large arteriovenous malformations, GKRS for falx or falco-tentorial meningiomas as well as large skull base meningiomas using a modified dose-planning technique, irradiation focused at the dural attachment only (radiosurgical thrombolization), and pre-operative GKRS for relatively large brain metastases.

I would be overjoyed if these words sparked a new idea or two among colleagues worldwide.